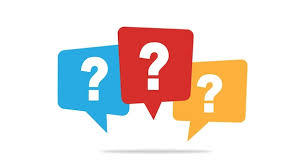 They call me Martyrus (mahr’ ter us), a gamer of console, PC, handheld, and mobile media. However, you can call me ‘Marty’ for short. I’ve been a gamer since the days of Pong and Atari and the arcades. I’ve played various consoles from Nintendo and Sony, both Apple and Windows, and the mobile device. I’ve seen how much the gaming industry has changed in all aspects of hardware and software, and I’m thankful to have lived during all those periods. Most of the games I’ve played involve several genres: Adventure, Role-Playing or Japanese RPG, Strategy, Fighters, First Person Shooters, Rhythm Based, and Driving. Most games I finish and few are completed (with trophies/achievements), but overall I enjoy playing.

While I tend to play games for their story, I do enjoy listening to tracks, including those I’ve never played (which may eventually be added to the To Be Played List). Starting from the repeating melodies of Super Mario Brothers, I’ve enjoyed tracks from the Final Fantasy series, Chrono Trigger, The Secret of Mana, the Dragon Quest series, the Street Fighter series, Civilization V, Team Fortress 2, Kingdom Hearts, the Shin Megami Tensei and Persona series, etc. My playlist has grown as I discover more tracks from games played or heard.

If you have any comments, questions, and requests (for future episodes), you can send me an email. Be sure to preface the subject line with “RE-VGM” so I can find them easily.

Thanks for taking the time to visit my page and listening to my podcast.

Why a Podcast about such music?

It all started with being a fan of another podcast, Rhythm and Pixels. Towards the end of each podcast, the hosts, Rob and Pernell, would play a couple of songs that are remixes and covers of video game music. I enjoyed some of the tracks and thought, “Wouldn’t it be cool if there was a whole podcast show of just remixes, covers, and different takes on the original tracks?” So, I decided to embark into the realm of podcasting and create such a show.

I hope you’ll enjoy these tracks as much as I do. I’m sure there’s a treasure trove of them roaming the internet, as fans and artists show how much they love these video games and their music.